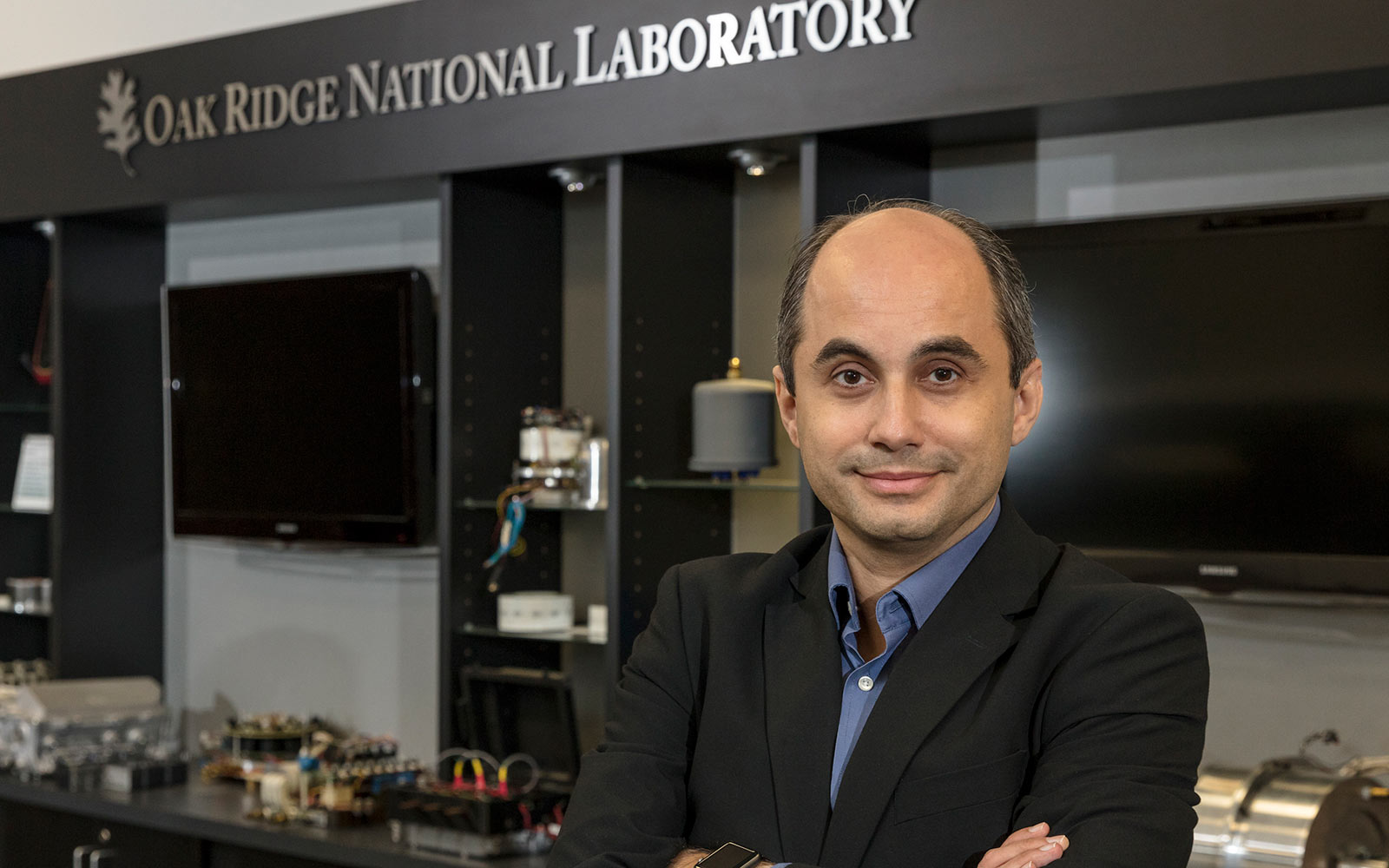 Additive Manufacturing Integrated Energy (AMIE) researchers examined various technologies and asked how wireless charging for vehicles, which typically routes from the power source to the vehicle, could function in the opposite direction—that is, from the vehicle to the power source. They envisioned an infrastructure that would allow a two-way exchange of energy to send power where and when needed.

“AMIE is the first demonstration of bidirectional wireless power transfer at this level [6.6 kilowatts] in the world.”

The electrical energy flow demonstrated in the AMIE project is a good example of new technology that solves several energy problems at once, storing and supplying energy to both a building and a vehicle in various on- and off-grid scenarios.

The AMIE home can draw electric energy in the traditional sense from the grid to power lights and appliances. But AMIE can also collect electricity via solar panels and store it in secondary-use batteries located under the house. During peak times when people are using the most energy at home, AMIE can revert to stored power and not depend solely on the grid; this can help to relieve stress on an aging electrical infrastructure. AMIE’s groundbreaking technology shines when AMIE can “choose” from not only solar or stored energy, but also from the hybrid electric and natural gas-powered vehicle outfitted with a bidirectional wireless charging system linking the car with the house.