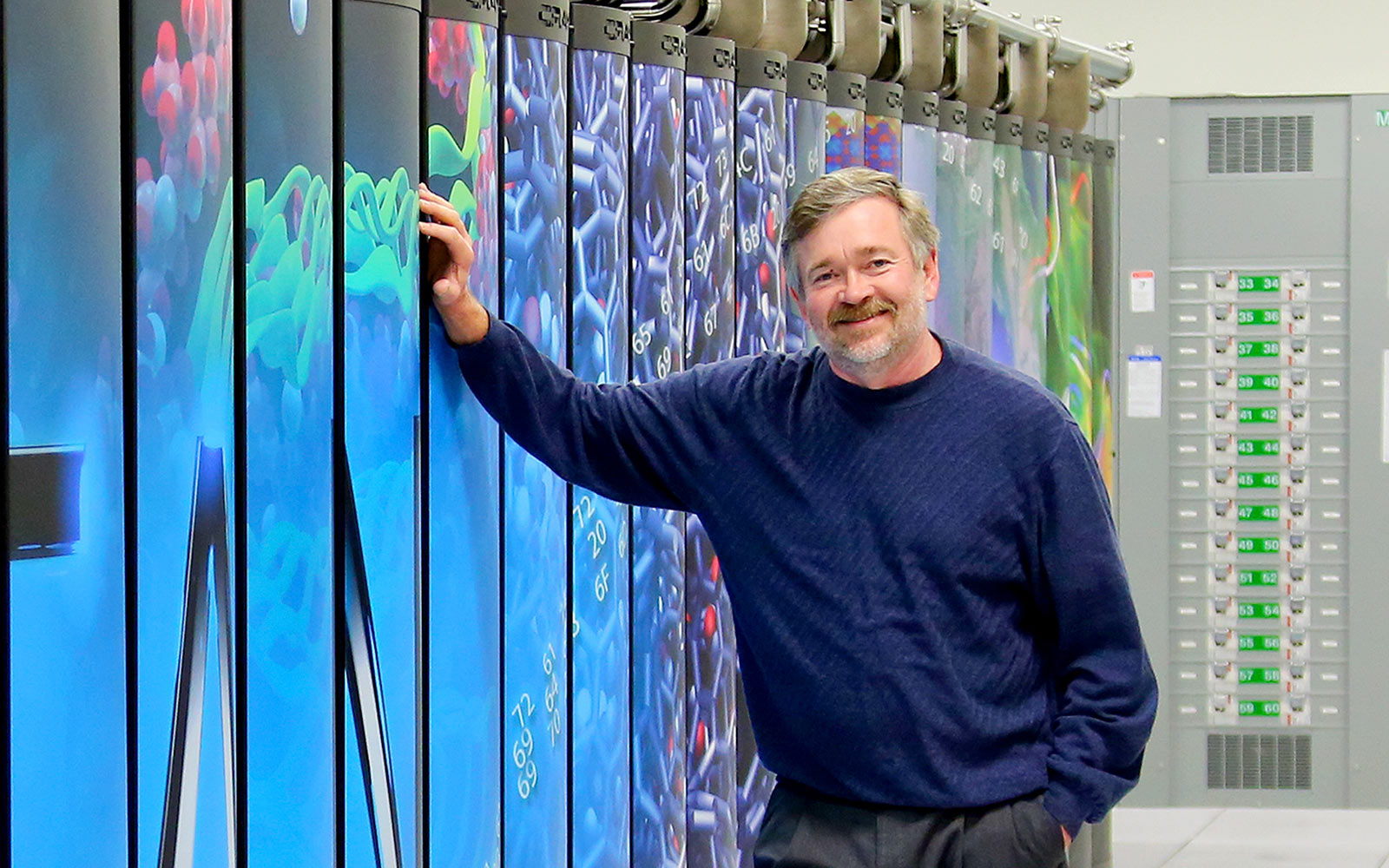 “One challenge in supercomputers today is power consumption.”

Titan, which is supported by the Department of Energy, will provide unprecedented computing power for research in energy, climate change, efficient engines, materials and other disciplines and pave the way for a wide range of achievements in science and technology.

The Cray XK7 system contains 18,688 nodes, with each holding a 16-core AMD Opteron 6274 processor and an NVIDIA Tesla K20 graphics processing unit (GPU) accelerator. Titan also has more than 700 terabytes of memory. The combination of central processing units, the traditional foundation of high-performance computers, and more recent GPUs will allow Titan to occupy the same space as its Jaguar predecessor while using only marginally more electricity.