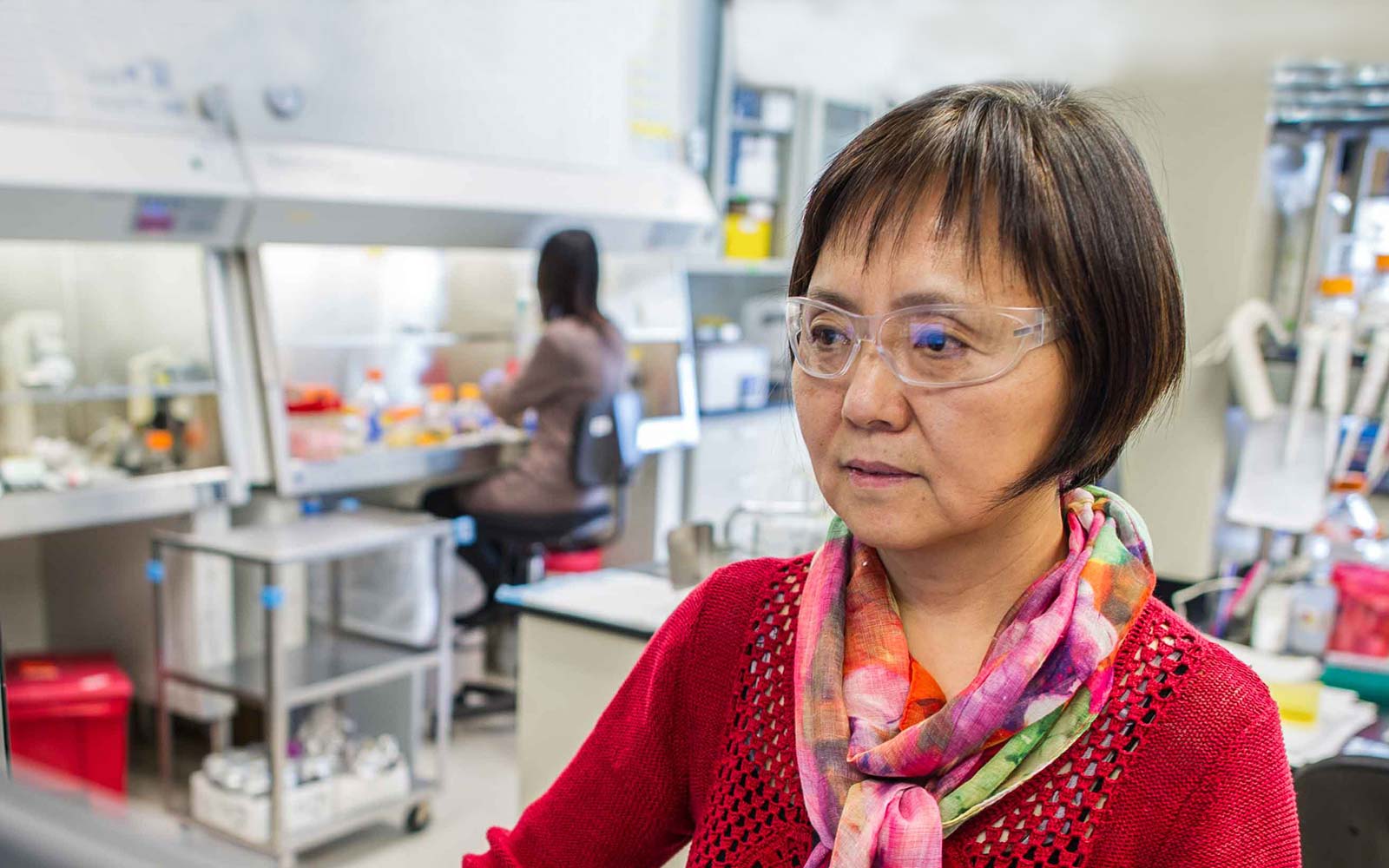 Although much of her time originally was spent doing foundational work with Zymomonas mobilis, Zhang hasn’t stopped there, and has pushed the frontiers of biofuel research further. While observing a range of outcomes for various biofuels pretreatment processes, she focused on the problems of toxicity in breaking down cellulosic biomass for about four years beginning in 2008.

“Min has helped establish NREL as a leader since she arrived in 1992.” —Acting Biosciences Center Director Mark Davis

“It had been a black box,” she said, but reasoned that “unless we understand why the process is killing our organisms, it would be hard for us to improve [the process]. I decided to explore the black box. This was my mission.”

Zhang explained that “fermenting lignocellulosic sugars to ethanol is very challenging.” In particular, “our organisms didn’t like the toxicity—and they died,” which prevented using some sugars for high-yield products. Just as she had done early on at NREL, she began systematically analyzing the problem. “I looked at the toxins, and why our [bugs] don’t like them.”