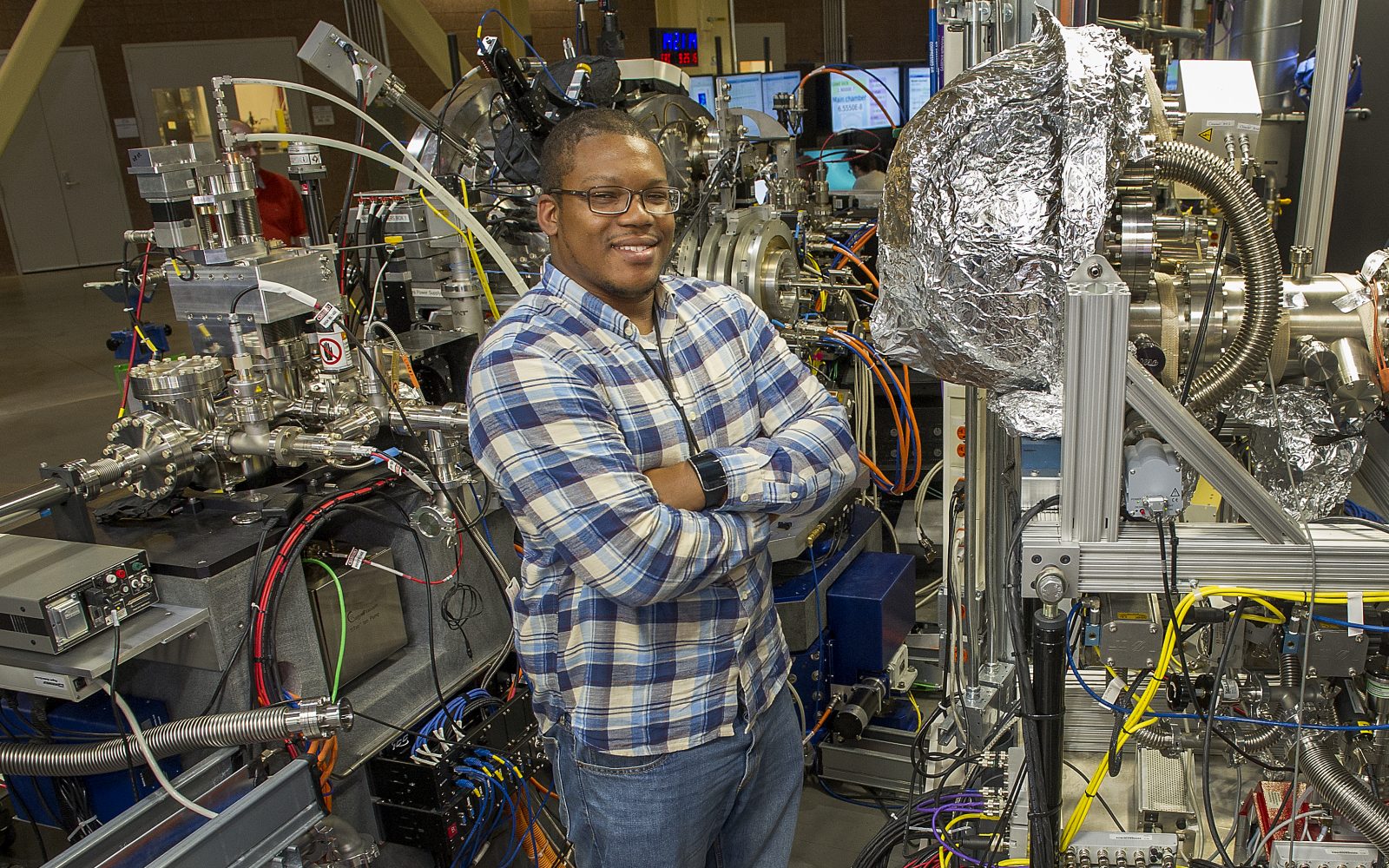 Meet Robert Palomino: “Give Everything a Shot!”

After earning his Master’s and Ph.D. in physical chemistry at Stony Brook University, Robert Palomino is now one of Brookhaven Lab’s new postdocs in the Alliance for Graduate Education and the Professoriate–Transformation (AGEP-T) program, working at the Lab’s new National Synchrotron Light Source II (NSLS-II) to study the structure and other properties of catalysts. He joined Brookhaven in August and will spend the next two years working under the supervision of Jose Rodriguez in the Chemistry Department.

“At a government lab, I have a lot more freedom than I would in industry.”

But when Palomino was in high school in Rockville Centre, chemistry was his least favorite subject. His goal in life was to help people, and he thought he might accomplish that by becoming a doctor. As a pre-med college student at St. John’s University, he started as a biology major and volunteered at a hospital to get practical experience.

“It didn’t feel challenging enough, to be honest,” he said. “There was a lot of memorization — easy but monotonous. But when I started taking chemistry courses, they challenged me.” So Palomino switched his major to chemistry and found his way to a national lab.

“At a government lab, I have a lot more freedom than I would in industry. You can research what you want to research as long as you make a strong case for funding it. What I really want to do is continue to do synchrotron studies, and learn the different techniques.”

“I guess what I learned is to give everything a shot, since everything that I didn’t really want to do ended up being what I had an affinity for,” he said.